Our Current Project: The Engagement

We are currently producing Dr. Del Tackett’s next Biblical worldview series, called The Engagement Project. Compass Cinema is our  production partner, and we are in the process of raising the $2.6M to complete all aspects of production, from pre-filming segments (interviews with experts, “man on the street” contributions, dramatic vignettes, and other production elements). To date we have raised $2.25M, about 90%, toward our goal (thanks to our partners and God’s provision through them).

To be involved directly with Del and the team, visit www.DelTackett.com where you can find Del’s latest blogs, articles and videos, and importantly, where you can be a part of the vibrant and growing community.

If you are interested in contributing, please reach out to our board chairman, Ted Roth at Ted.Roth@truthencounterministries.org).

To see the Body of Christ healthy and vibrant, being light and salt, impacting their neighbors and the culture for the glory of God.

Being true to the Word of God and excellent in everything we create; being loving in all our actions and interactions with everyone; being fruitful in our families, our vocation and our ministry.

In addition to our Vision, Mission and Values, we believe God has given us a sacred purpose to fulfill with millions of other believers whom He has transformed.

We want to help the Body of Christ to become obedient to the Lord’s commands to Love God, their neighbor and one another. Through the building of deep relationships, they will become the primary change agent in our culture as each Christian family develops and sustains a solid biblical worldview from which they engage their neighbors and their culture to bring every area of life increasingly into conformity to God’s design and purpose. 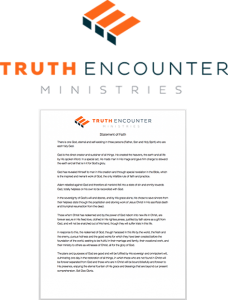 TEM’s Board of Directors 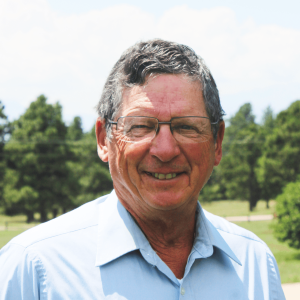 Originally from Salem, Oregon, Dr. Roth attended The United States Air Force Academy, graduating in 1974. He was a Distinguished Graduate and received the award as the Outstanding Cadet in Economics in the Class of 1974. He attended Undergraduate Pilot Training and was selected to be a T-37 Instructor Pilot. He later served as a KC-135 Aircraft Commander and Instructor Pilot. He was selected by the Air Force to attend The Massachusetts Institute of Technology, where he earned a PhD in Economics in 1981.

From 1984-1996, he served on the faculty of The United States Air Force Academy, eventually becoming a Tenure Professor in the Department of Economics and Geography and holding the position of Deputy Department Head. He continued his role as a pilot part time, however, teaching cadets to fly the T-41 and T-3. Dr. Roth retired from the United States Air Force in 1996 with over 21 years of active duty as a Lieutenant Colonel.

Dr. Roth immediately began his second career working for Northwest Airlines as a commercial pilot in 1996, and after 21 years, retired from Delta Air Lines in 2017 with over 17,000 hours of flying time.

Dr. Roth lives in Monument, Colorado with his wife of 44 years, Louise. They have two grown children and 5 grandchildren.

Ted’s spiritual journey began with his acceptance of Christ as his Savior in 1960. While moving around the country during his Air Force career, he and Louise always joined a church faithful to the Gospel. For the past 33 years they have been members of Village Seven Presbyterian Church in Colorado Springs, Colorado. He has served there as a Deacon and as an Elder for the past 20+ years. He also served on the board of New Geneva Seminary for over fifteen years.

He has known Del Tackett since the mid-80s and they have worked together on many projects. Ted and Louise were early students of Del’s as he taught his Worldview Studies in communities at Village Seven Presbyterian Church. They led several small groups through The Truth Project and have watched the development of The Engagement, for the past few years.

To contact Dr. Ted Roth, email him at ted.roth@truthencounterminstries.org. 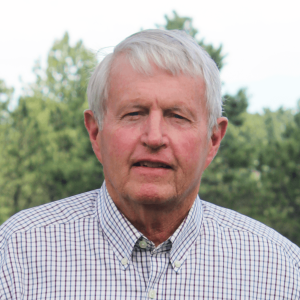 Lieutenant Colonel Cornelius Edward (Ed) Kuiper (USAF/Retired). Having been born into a Christian family and heritage, Ed believes he was in church the next Sunday and thereafter. He does not know a day when he did not believe the truths of scripture. Ed went 12 years to the Denver Christian Schools and then to the University of Colorado for a degree in Mechanical Engineering.  He went to work for a defense contractor for a year and in that time met and married his wife, Mary.  Ed joined the United States Air Force and completed pilot training in Oklahoma.  He then had several assignments flying the B-52 bomber as aircraft commander, instructor pilot, and operations officer.  Ed also completed a master’s degree in engineering and served in two engineering positions.

Upon retiring from the Air Force, Ed pursued a Master’s degree in Business Administration (MBA) to then work in this field for 20 plus years including 10 years at New Geneva Seminary.

Ed and Mary have two married children and five wonderful grandchildren. Since coming to Colorado Springs 28 years ago, they have attended Village Seven Presbyterian Church where Ed serves as a ruling elder and co-director of the Disaster Response Committee.  They met the Tackett’s that first Sunday at Village Seven and have been under the teaching of Dr. Del Tackett numerous times over the years. They have led a Truth Project small group and are eager to assist in sharing the truths of the Word that God has laid on Dr. Tackett’s heart to a world that needs to hear. 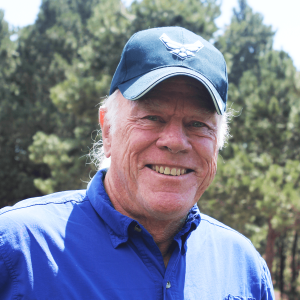 Lieutenant Colonel John R. Voss (USAF/Retired). John came to a saving knowledge of Jesus Christ and made a personal profession of faith in August 1974 at the age of 23. John was raised in West Texas and graduated from High School in Austin, Texas. Upon graduation John joined the United States Air Force and later attended and graduated from the United States Air Force Academy.

Lieutenant Voss then attended pilot training in South Georgia where he met and married his wife, Barbara, in 1975. Lt. Colonel Voss’ Air Force career included flying the T-37 as an instructor pilot and then transitioning to the F-15 Eagle. During his career Colonel Voss served in the United States, Germany, and Iceland. While in Germany he was selected to fly as the Air Force’s F-15 Aerial Demonstration Pilot. Colonel Voss retired from the USAF in 1994 as the Director of Aeronautical Information, Air Force Instrument Flight Center, Headquarters USAF. John began his second flying career with Southwest Airlines and flew for more than 20 years before retiring in 2014 with almost 20,000 flight hours.

John and Barbara have three daughters and now spend much of their time trying to visit and keep up with their five grandchildren. Through 43 years of marriage, John and Barbara have always tried to manage a Christian home and have always joined a local Bible believing church, even when stationed overseas. Denominational affiliations have mostly been Independent; however, they have fellowshipped with both the Baptist and Evangelical Free Churches. In their mature years, John and Barbara have often been called to lead young married couples Bible studies or college and career classes. John has served as a Deacon and currently serves as an Elder of Fellowship Bible Church of San Antonio, Texas.

The couple has known Dr. & Mrs. Del Tackett since 1975 and have closely followed the development of the Truth Project over the years. They participated in one of the first Truth Project Training Sessions and have led almost a dozen Truth Project groups in their home and at their church. John considers the teaching of understanding and maintaining a Christian Worldview to be essential to this modern Christian culture.